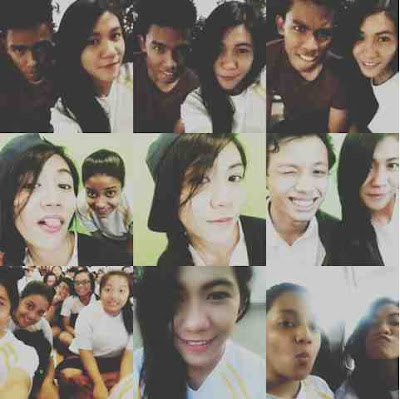 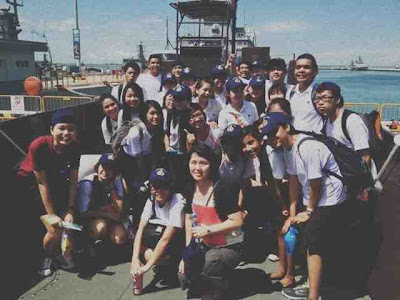 On board the navy duck tour: 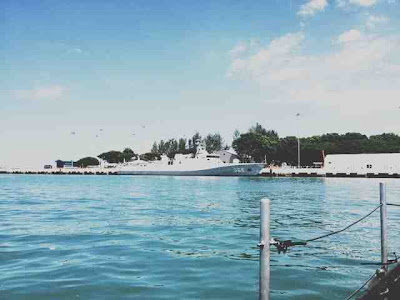 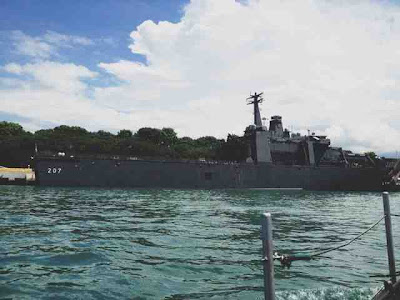 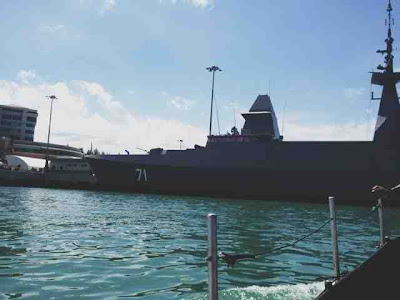 Today's timetable for school was a little different. Selected classes were given the opportunity to visit the Singapore Navy Openhouse today held at Changi Naval Base. We received a goodie bag containing a packet of coconut biscuit, apollo cake (of different flavours), a small packet of milo, a bottle of mineral water, a pen and a poncho.

The navy people were friendly and helpful too. Honestly, I wasn't expecting that since I've always had an impression that they had to be serious. I was impressed by their welcoming hospitality. Despite the scorching hot weather, I must say that I had a whale of a time there, together with my classmates.

We were back at school by 1:45pm and were given about thirty minutes break before our OFA mock test which was pretty manageable in the end. I was stressing over the level of difficulty of the paper via the word of mouth. Oh well, what's done is done. Praying for a pass at least!

Now here's the best part. I finally met my favourite boy after two weeks! Had our western dinner and caramel custard pudding! Albeit a short meet-up, I still thought it was the best part of the day. He never fails to make an effort to see me, even for just a few hours. I feel ever so blessed.

That's it for today.
Posted by Unknown at 06:55 No comments:

I'm not kind. I'm cold and straightforward. And I am definitely not innocent. So before you say "Oh wow, she looks decent but her personality speaks otherwise", think again. I never said I was decent. I never was. But I'm trying to be a better person. A better Muslim. Maybe sometimes I don't adhere to the rules of Islam, the rules of Allah. I'm not perfect. I'm not pious. Instead of judging me, why don't you correct me? Why don't you advise me? There is no need to be indirect. If I did something wrong, tell me upfront. Lastly, I'm not the best English speaker out there so if you're looking for an excellent English-written blog, this is not the place to be.

Happy reading though!
Posted by Unknown at 03:55 No comments: